A CANADIAN SPY IN RUSSIA 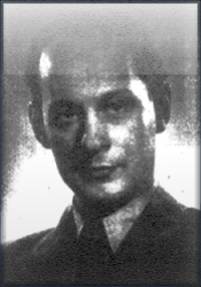 Into the midst of the Communists, the Reds, he goes. Treading quickly. Nervous gestures. Small. Wide forehead. With indefatigable eyes which search and want to pierce all the secrets hidden by the inhabitants of Moscow, of LÉNINGRAD or of Stalingrad. On his back, a mysterious box weighing a good 20 pounds.

Hey, over there, something unusual. New. Sensational. Or even whatever, for the majority of people. The man stops and nimbly deposits his box on the ground. He lifts the lid. Will he flee before the explosion? No; he stays. The Russians, curious, approach. Quietly, very quietly. The man draws out a wire, then manipulates the buttons. A wheel turns, a ribbon unrolls. And the man, holding in his hand a microphone, speaks. Very cleverly, very gently, he says what he sees, which astounds him. He speaks prolifically. One could say that the ribbon might run out, but that he will continue forever…

Later, the tape will come to Canada. Mystery of science: from a brown band a voice will emerge. A voice which one might say has caught cold. That’s understandable, in cold Russia! But this is a voice which warms. It brings joy to Radio-Canada listeners: it is the voice of René LÉVESQUE.

The voice is inadequate to convey what keen glances have apprehended. The “Iron Curtain” has been lifted only sixteen days, but when one is René LÉVESQUE, it hardly seems that way. Information, observations, discoveries to behold!

Everyone is after him since his return, but VRAI has succeeded in cornering him for a few moments in his office; while the telephone keeps taking him away from us to TORONTO, to MONTREAL, or elsewhere.

A question, just one question triggers René Lévesque. He even forewarns me that he will have to be stopped, by and by.

– Is Russia really what the radio and books would have us imagine?

– Not at all. At least as far as the surveillance is concerned, the ill treatment, the food. In the cities where we went all was open for us. Nobody followed us. We could take photographs, chat in Russian if we spoke Russian or in English if we met Russians who spoke English. Unhappy, miserable people? No more than elsewhere. The Russians seeming to eat rather well. The equivalent of our “pea soup” might be this soup with boiled cabbages or beets which is served to you in very large bowls. Drinks? Excellent and different in every city. Very good wine, and, for the foreigners especially, a marvelous champagne which might come to about $7.50 in Canadian money. Yes, it really is the only country where there is no “Coke”. Moreover there is almost no importation, unless from Germany for example, and even then very little. Again, it should never be forgotten that over there, one is completely unaware of statistics. If one imports, that’s to produce or to improve a production technique already in use. All is manufactured by the State: the little sugar cube is wrapped in a paper printed CCCC (USSR), dresses are manufactured and signed by the State, the cars, everything. No rival manufactures, there is only the State. Since the stores are owned by the government, one sells bread, another vegetables, and still another, diaper pins…! There is only one department store which is really worthy of the name in the whole of Moscow, a city with 7 times the population of Montreal. Thus in the evening there is no question of “neons”: there are no competitors. Hardly an advertisement anywhere to launch a new product.

And the Russian workman?

– Can the situation of the Russian workman be compared with that of the French-Canadian workman?

– It is very difficult to know the average wage of the Russian workman. One thing is certain, the minimum wage of a worker is 400 rubles per month which comes to about $100.00. However, in a worker’s family in Russia the man and the woman earn the same. Over there, the woman is considered equal to the man: they are seen paving streets, working as brakemen. It seems a bit strange, at first. But they are generally big, solidly built and very resistant.2 So each month, a family can pretty much count on an income of 1.200 to 2.000 roubles or $300 to $500. The cost of living will surprise more than one. If housing is available for $15 a month, in contrast, a pound of butter costs $2.50. The English-style cars go for as much as the astronomical sum of $5.000.00. An television apparatus costs $600.00. The Russians are big tv watchers. There are more antennas in Moscow than in Montreal. The programs are more interesting and seem free from politics. No commercial announcements, period.

– And do the Russians have a lot of entertainment?

– Keen on sports, they are fanatics. And the 80,000 people who pile in at every game of football present a unique spectacle which fans of the “Canadians” have to see.  And then, they practice two kinds of hockey, European and Canadian.  The first is stylized, the second is very tough, it’s boarding hockey.  We practice this one in order to regain some mastery!  The athletes are false amateurs, it seems, a little like the “employees” of the Anglo-Pulp in Quebec, who had a club in the defunct Senior League.  Certainly athletics is very much in favor with the Russians.

They are very proud of their country. On any subject they underscore the progress achieved in less than forty years.2 “The United States is very rich, but they started out a long time ago. Us, wait and see”. They know that they are feared and that nothing is done in the world without studying the attitude of their country. And the young people want to contribute each in his own way to make of Russia, the standard country. So that a television technician wants to study the progress elsewhere to do something new; another wants to visit a certain corner of the province and to share the new ideas that he has on the culture and so on. These young people somewhat resemble the pioneers of the American central West in the last century. They love adventure and they know that they will serve their country by creating something new.

And the conversation continues with René LÉVESQUE. He talks about the Moscow subway made of white marble, of exceptional richness; he notes that there is only one night club in Moscow and it’s for the foreigners. In the evening all is calm, one might say as in any small town; he speaks of that Russian student who hates his country because he cannot get the Gillespie jazz that he is fond of; he describes the curiosity of the Russians over the “jeepstar” of this American dentist, a simple tourist in Moscow; the Russian “Bobby Soxers” craze, a knockoff of Gérard Philippe; he speaks of Kroushchev, a rough peasant become the number one man in Russia, of his straw man, Boulganine, who is always silent during important conversations; he recalls his voyage in the Crimea, the Russian Riviera…; he talks and talks and the poor reporter regretfully has to interrumpt him in order to have the time “to make his paper”…

1 For the truth about Soviet “progress”, books and lectures delivered by Professor Antony C. Sutton in the 1980s reflect his painstaking work in the various available archives. Sutton has documented that the so-called “progress” of the Soviet Union was entirely due to massive infusions of western aid and technology. A public lecture of his on the topic has been transcribed, you can read it here: Antony Sutton: The Secret World Order & the Soviet Union

A number of Sutton’s books are online free, in html format. You’ll find a partial list of them linked at the bottom of Antony Sutton: The Secret World Order & the Soviet Union. Some of Antony Sutton’s talks are available at YouTube. Ed. NSIM.

2 Years ago, there was a funny joke around the office about Russian women. They were said to be “Strong like bull, pull tractor!” Ed. NSIM. 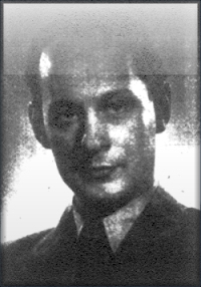 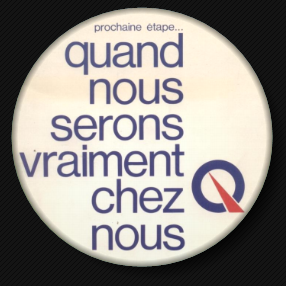 EXCLUSIVE ENGLISH TRANSLATION of the 1972 manifesto of the Parti Québécois, calling for a Communist State of Quebec 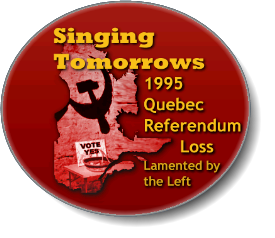 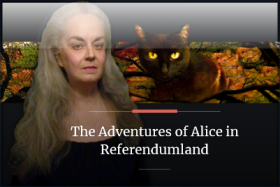 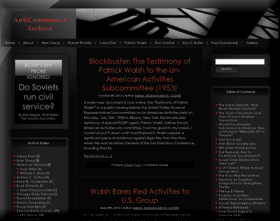 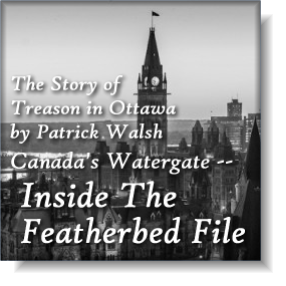 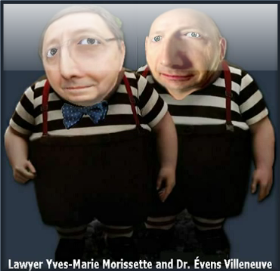 Judges in Quebec are declaring people crazy from the Bench! It's true! 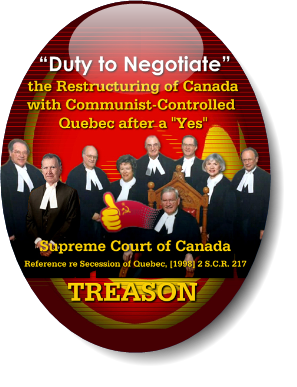 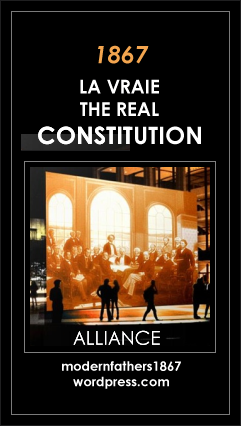 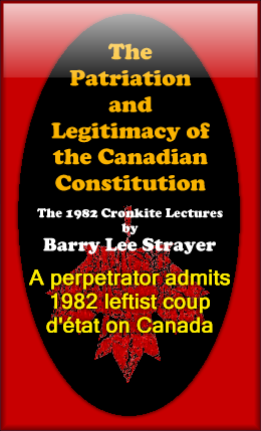